It was not possible to take this year’s SSC equivalent examination on February 1 due to coronavirus. Even after five months, the country’s biggest exam SSC has not been taken yet. Although the confidence of the students was given at different times of the meetings of the chairpersons of the Ministry of Education and 9 education boards, the exam will be held.
But finally, on 15 July 2021, the Minister of Education also announced in an online meeting with the board chairmen that the SSC equivalent examination could start in November, 2021. However, in this case, the Ministry of Education is going to bring some changes in the number and time including the question paper this year. Today we will discuss in detail at a glance about your SSC exam number exam questions and time.

In a virtual press conference last Thursday, Education Minister Dipu Moni announced that if the situation does not return to normal, SSC and equivalent examinations will be conducted on only three group-based subjects in the light of a short syllabus in compliance with the hygienic rules. 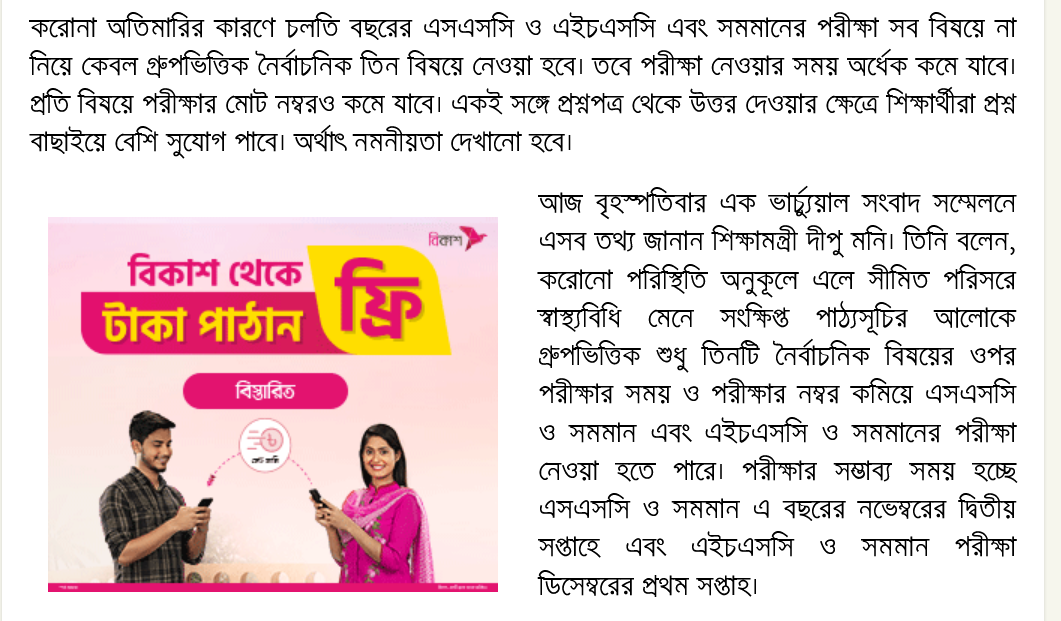 Read More : SSC Exam Date
She also announced the probable time of the examination. He said that the SSC 2021 examination will be held in the 2nd week of November. Journalists present at the time wanted to know if there would be any change between the type of question and the time of the test. 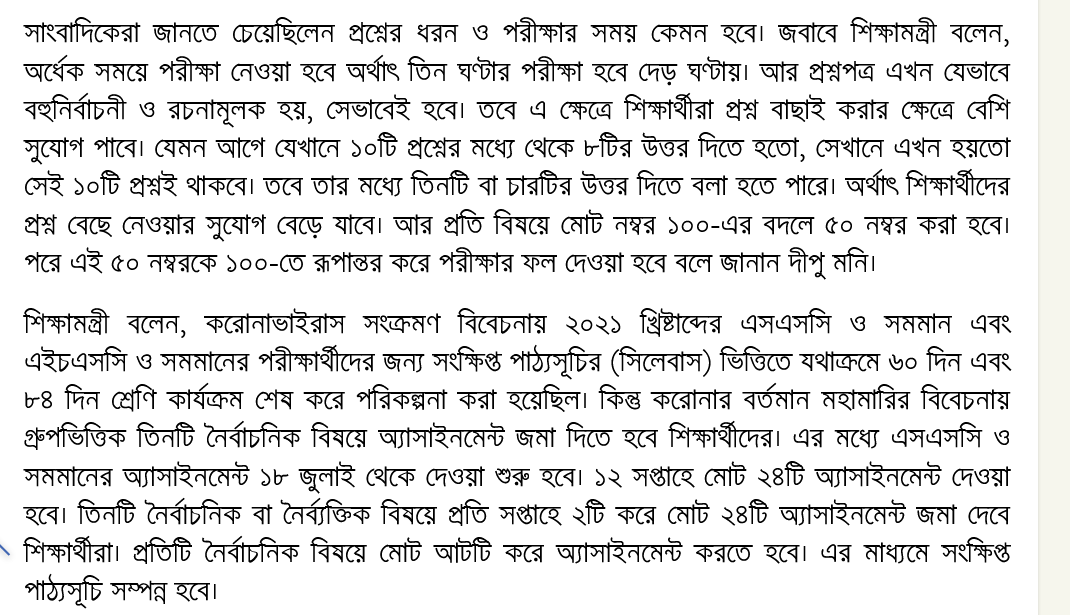 In her reply, Dipu Moni said that the time of the test has been halved, i.e. the test used to be taken for 3 hours, now it will be taken in 1 and a half hours. On the other hand, there will be no change in the question paper. Students will have to answer multiple choice and essay questions.
See Also : SSC Routine

s a result, the chances of students to choose their questions will increase. There have been several changes in the distribution of marks. Instead of 100 marks, the test will be taken at 50 marks. 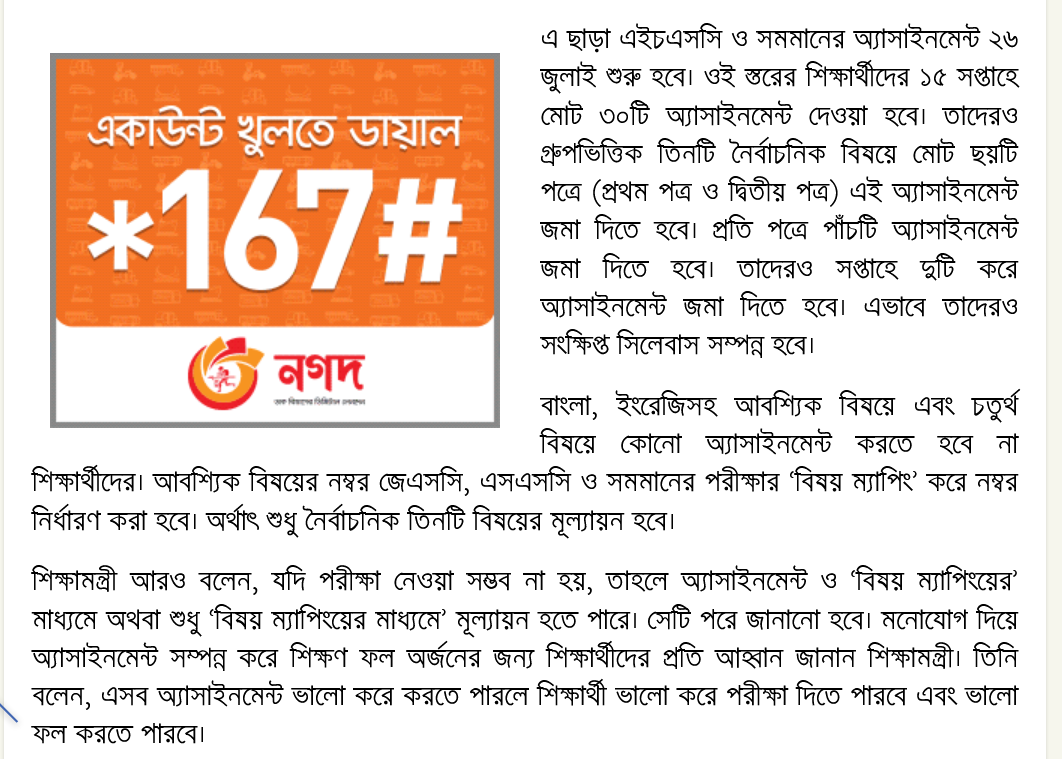 Read More : SSC Short Syllabus 2021
Final Words
The final decision has not be taken yet. The entire system is depend on Corona Situation of our country. We have to wait for it and final announcement will come very shortly. Thank you very much for staying with us.
Muntasir SrabonJune 28, 2022
2 minutes read
Facebook Twitter LinkedIn Tumblr Pinterest Reddit VKontakte Share via Email Print